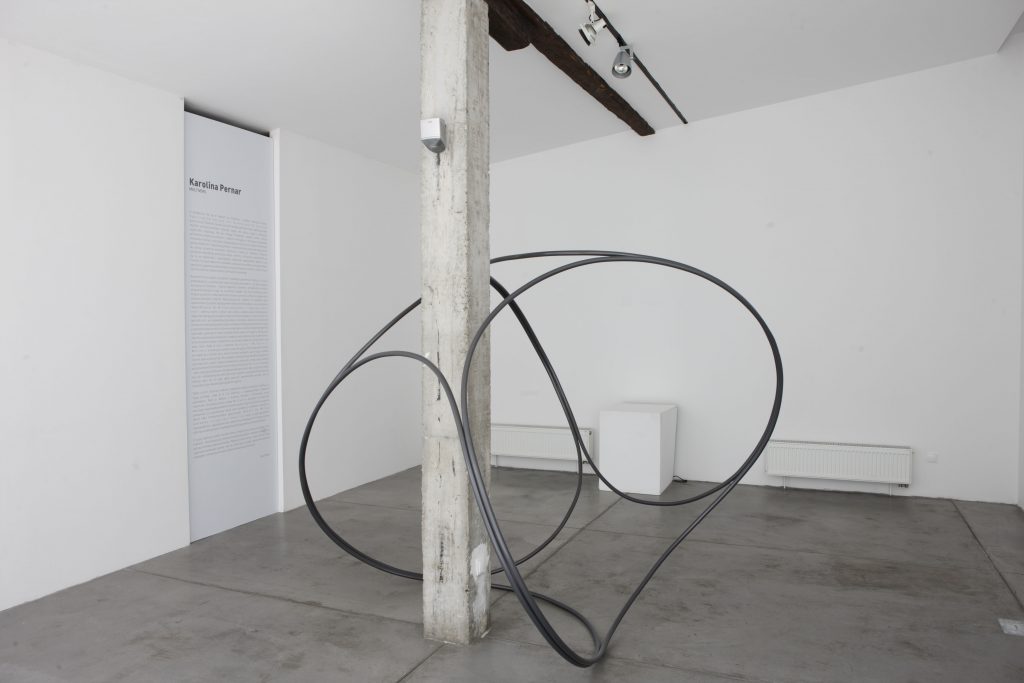 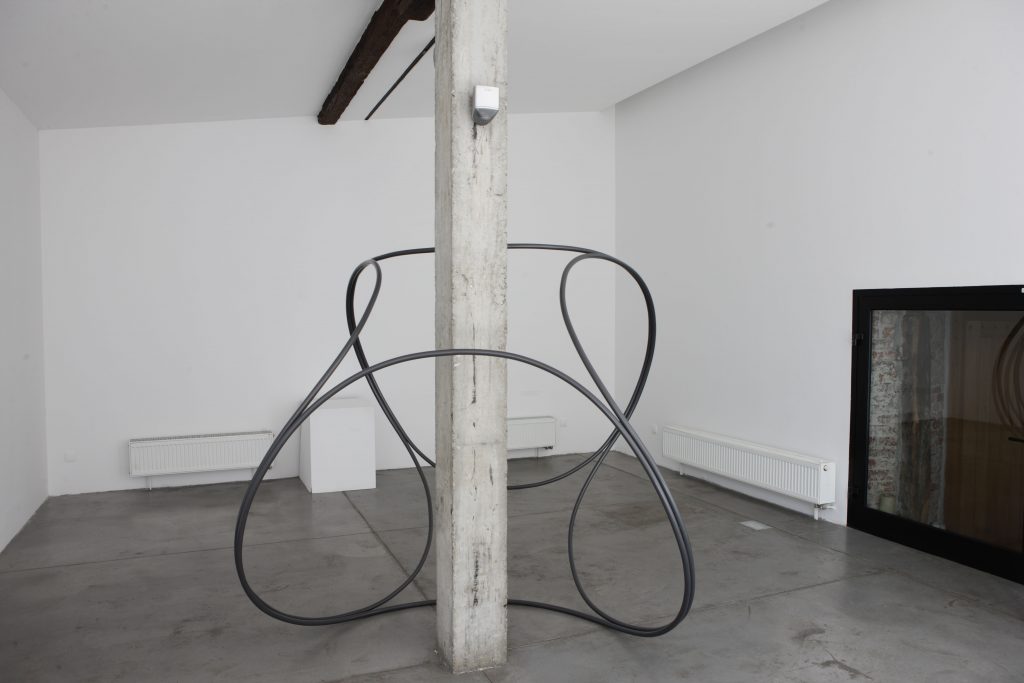 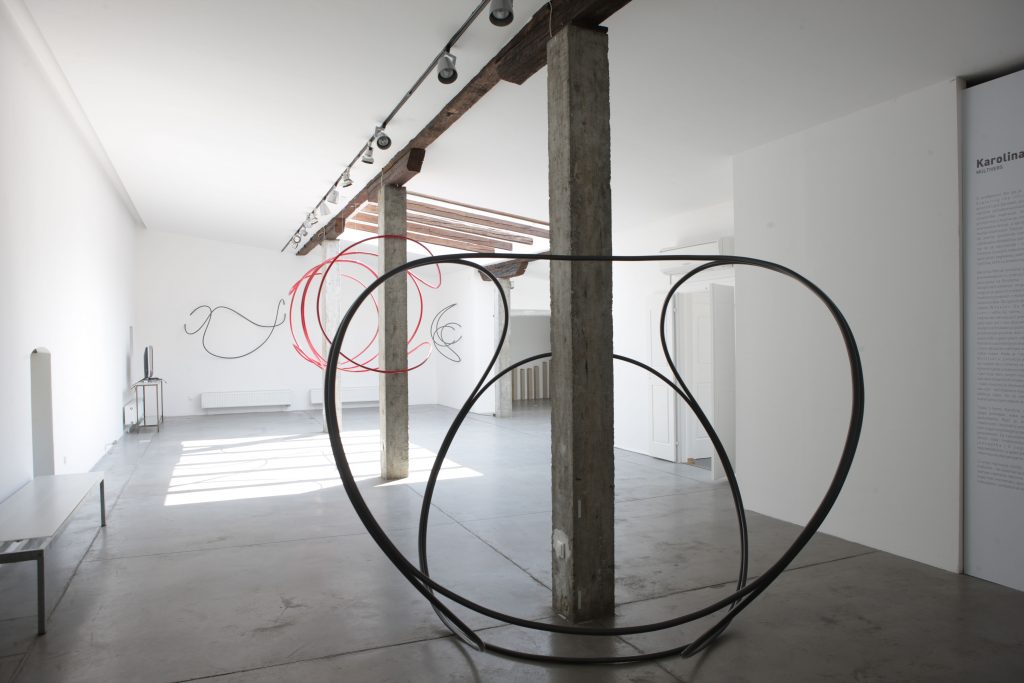 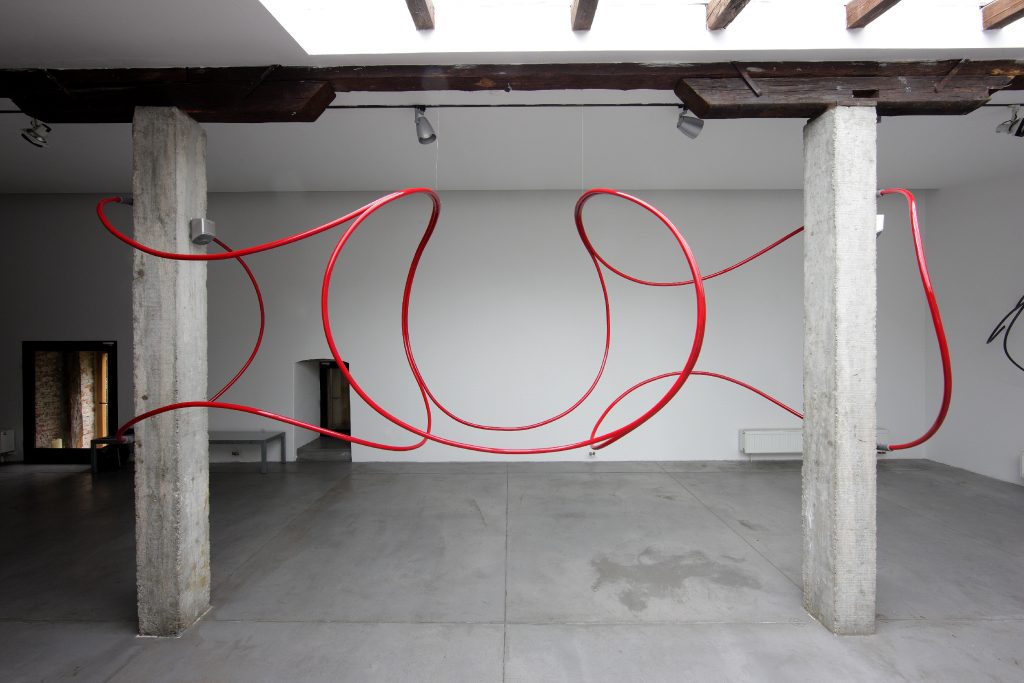 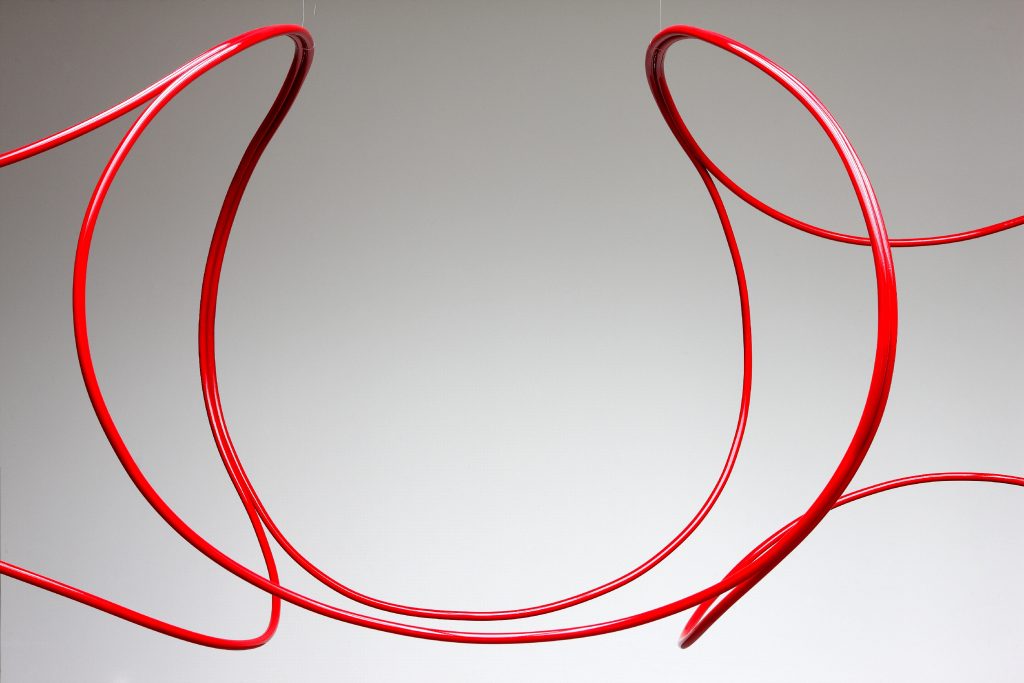 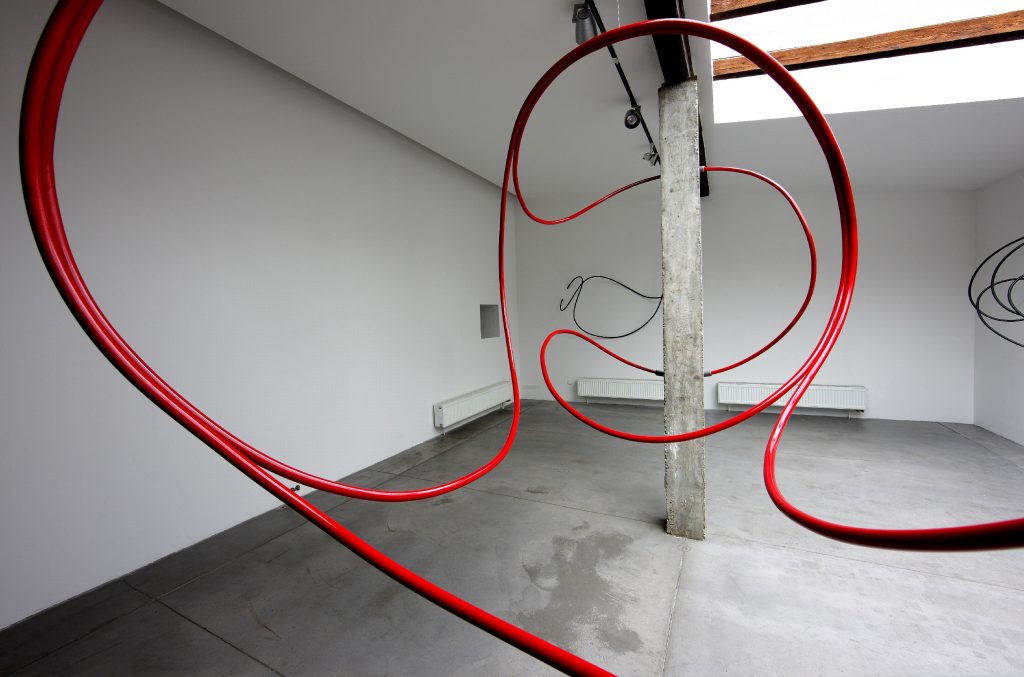 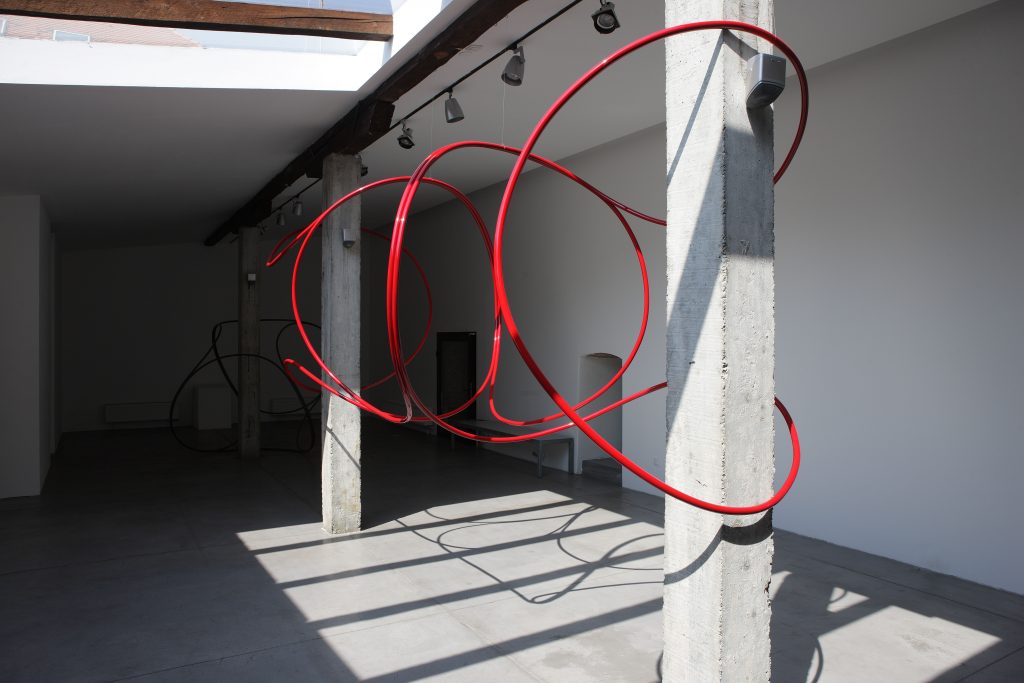 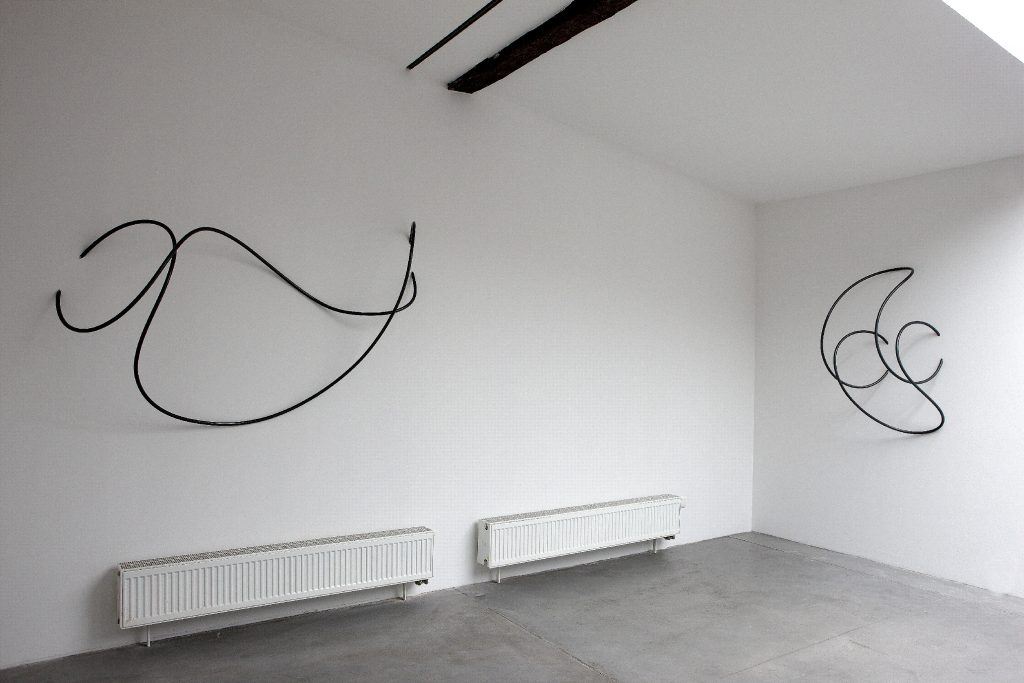 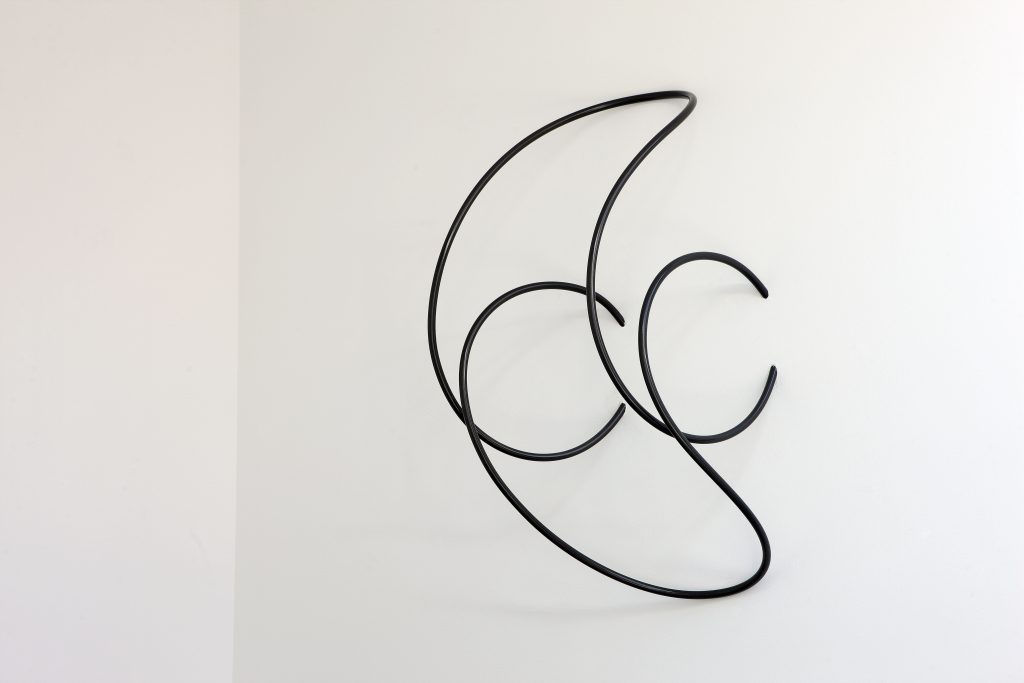 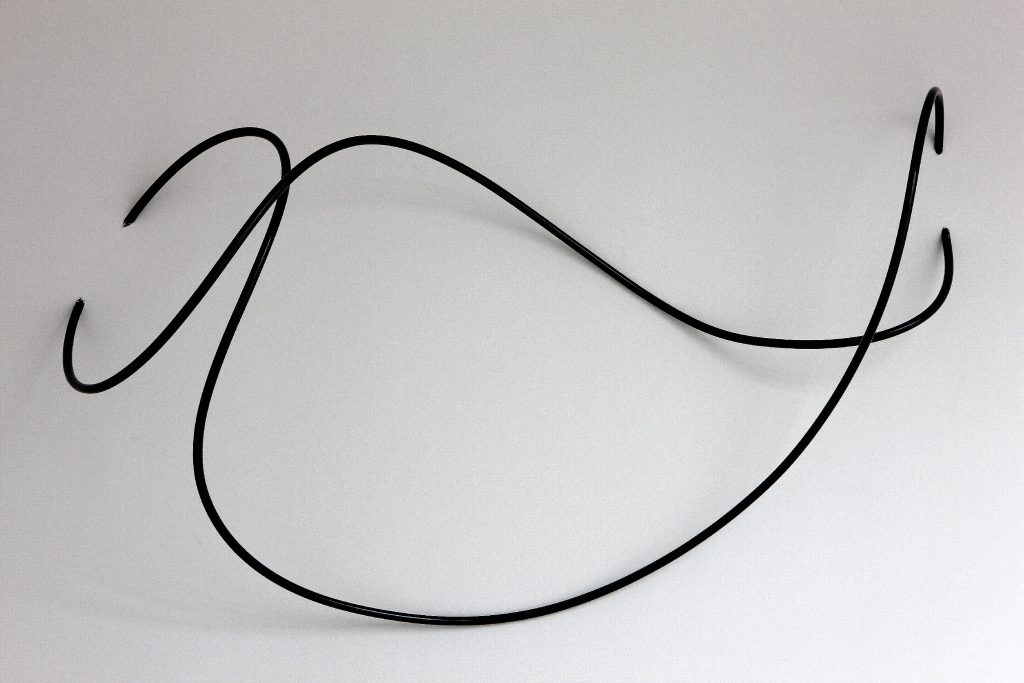 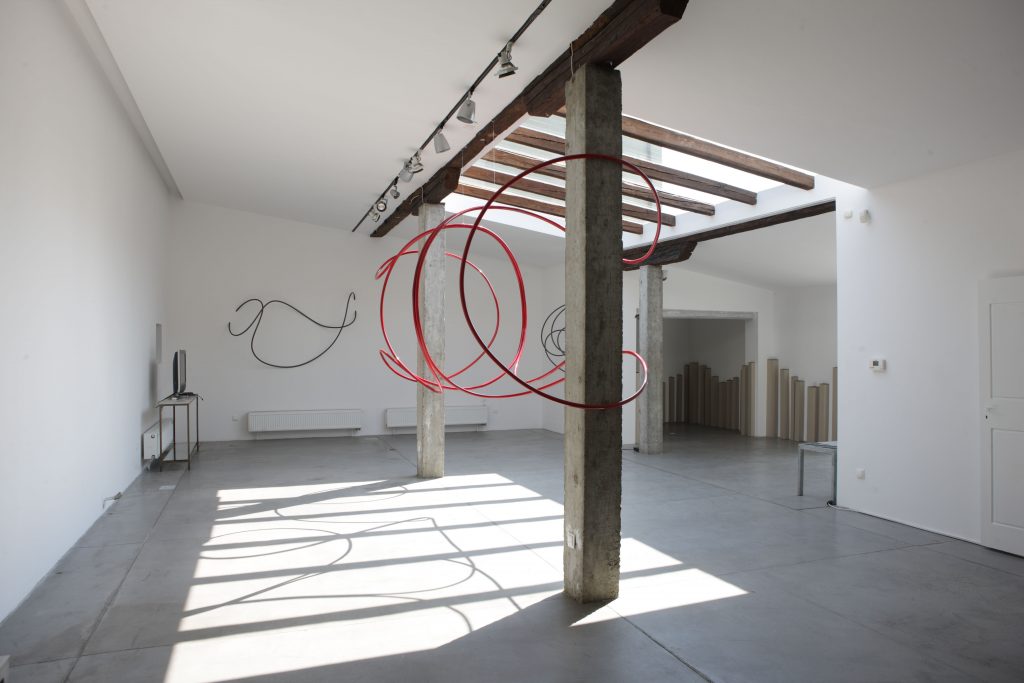 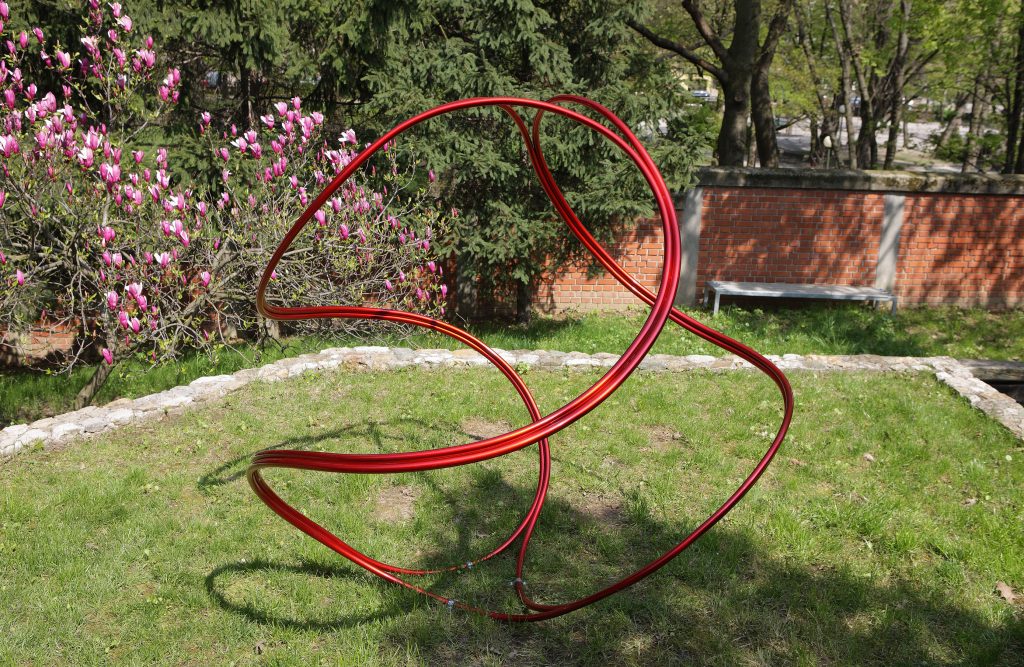 In his introductory words to Lynn Gamwell’s original and above all interesting book Exploring the Invisible: Art, Science and the Spiritual, the renowned astrophysicist Neil deGrasse Tyson claims that scientific knowledge plays an increasingly important role in inspiring artists. It is not without reason. The last century abounds in examples illustrating artists’ conscious or unconscious references to certain scientific theories, the most influential of which is probably Einstein’s well known theory of relativity. The hypothesis according to which space and time ceased to be absolute categories and which proposed the existence of space-time continuum has certainly brought a radical change in the current perception of the world and universe.  In the context of fine arts it was most directly and coherently influenced by Lucio Fontana’s spatial movement. In his works and theoretical writings from the mid 20th century, Spatialists advocate the integrity of colour, space, movement, time and sound. In other words, they strived for a creative synthesis of the physical elements. This tradition has creatively been succeeded by the work of Karolina Pernar. Within largely relativist and prevailing postmodernist atmosphere, which is yet another possible reference to Einstein, her pronouncedly attenuated sculptures/installations interpreted as environments can be approached from two levels. Strictly formally, the works can be seen as materialized lines in space, that is, specific three-dimensional drawings. However, the process of materialization is to a point relativized since the complete experience of some of Karolina’s structures, namely Wheeler-De Wit Equation and Embraced by Dark Matter, also encompasses the shadows of the sculptures. Naturally, they are entirely immaterial entities and observable only against a certain physical background, in this case a gallery wall. This brings us to a dialectical paradox: material sections of the mentioned sculptures/installations (plastic tubes) can represent positives in the space that surrounds them. On the other hand, their immaterial visual components (shadows) form in relation to the gallery wall an impression of a certain kind of negatives.  In this manner Karolina creates two positives and two negatives within one and the same visual whole, where one positive made of a plastic tube directly penetrates into the other positive – the wall.

The sculptures entitled Multivers 1, Multivers 2 and Multivers 3 are somewhat different in that they are not brought into direct connection with any solid background. The importance of their shadows is therefore largely reduced. They are made up of several intertwined tubes whose complex curvatures facilitate an experience of curiously dynamic (inter)spatial relationships. In all three Multiverses, both the space taken up by the sculptures and the space around them is experienced as something which bends and shapes the tubes.  Therefore, it possesses characteristics of the positive, whereas physical tubes can be perceived as yielding negatives. All this has had to with form. However, Karolina, also devotes equal attention to content by drawing upon the most avant-garde physical hypotheses. As it was previously mentioned, she finds inspiration in quantum mechanics and Einstein’s theory of relativity. Inner space of each Multivers is envisaged to suggest the existence of parallel universes, and even their possible interconnectedness. In order to understand these things it is necessary to step out of our restricted three-dimensional perception. With their irregular, unpredictable shapes that sometimes disappear in the gallery walls Wheeler-De Witt Equation and Embraced by Dark Matter are two sculptures which directly refer to probably two of the most difficult questions that contemporary physics has yet to answer.

Karolina Pernar’s latest exhibition thus exclusively deals with space. However, without excluding the basic physical parameters, she indirectly refers to the importance of time and movement. The twisted and warped forms can truly suggest time spiral while the red colour on two sculptures/installations undoubtedly symbolizes the circulations, therefore the vital movement.