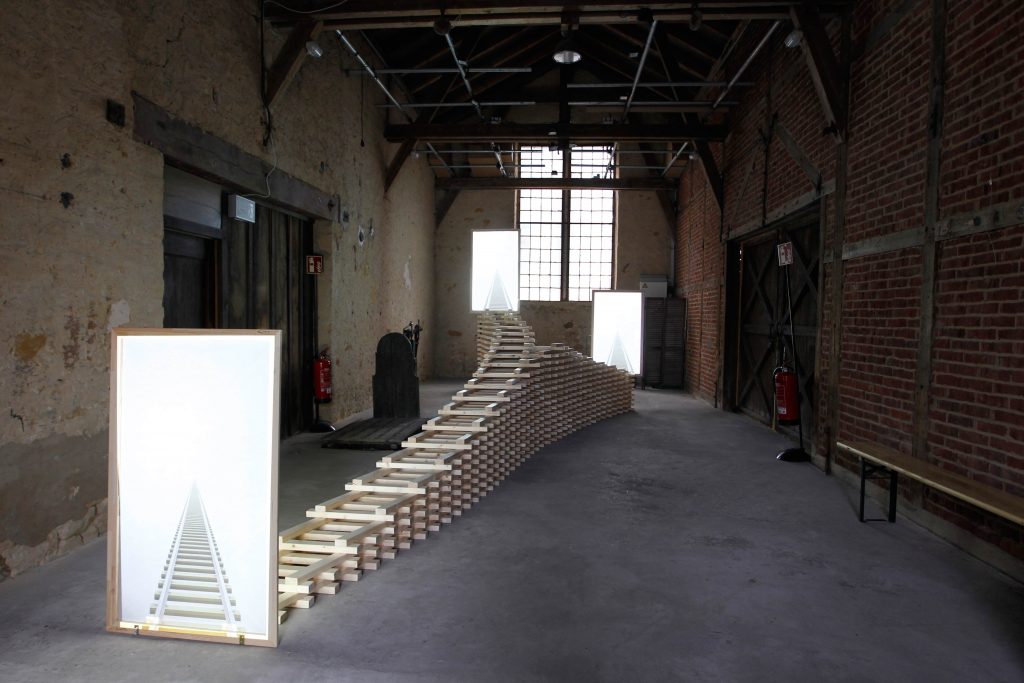 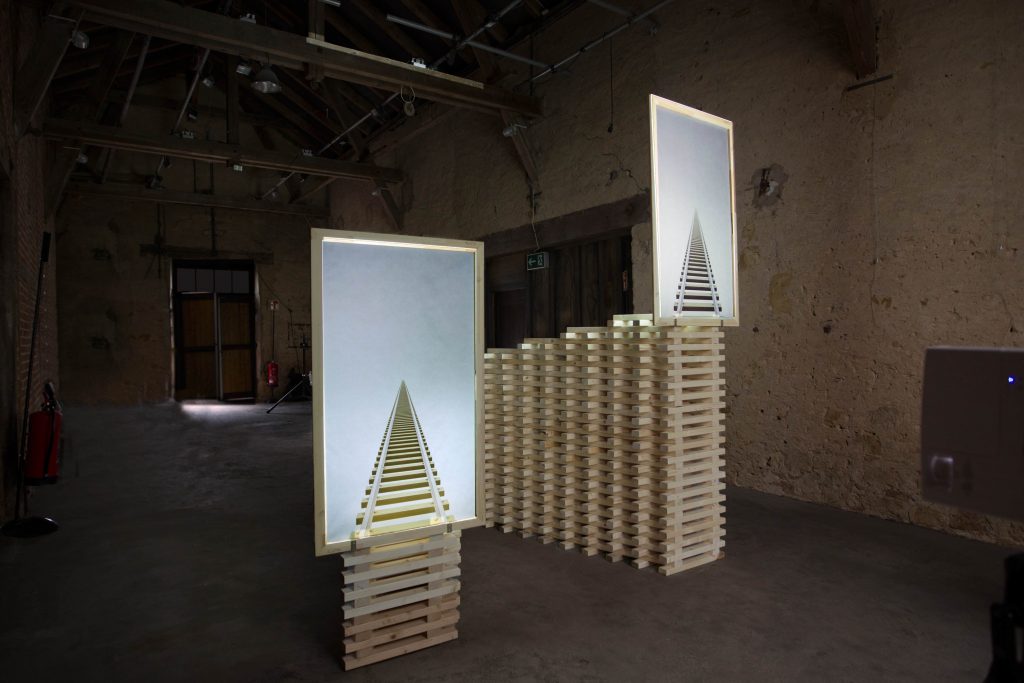 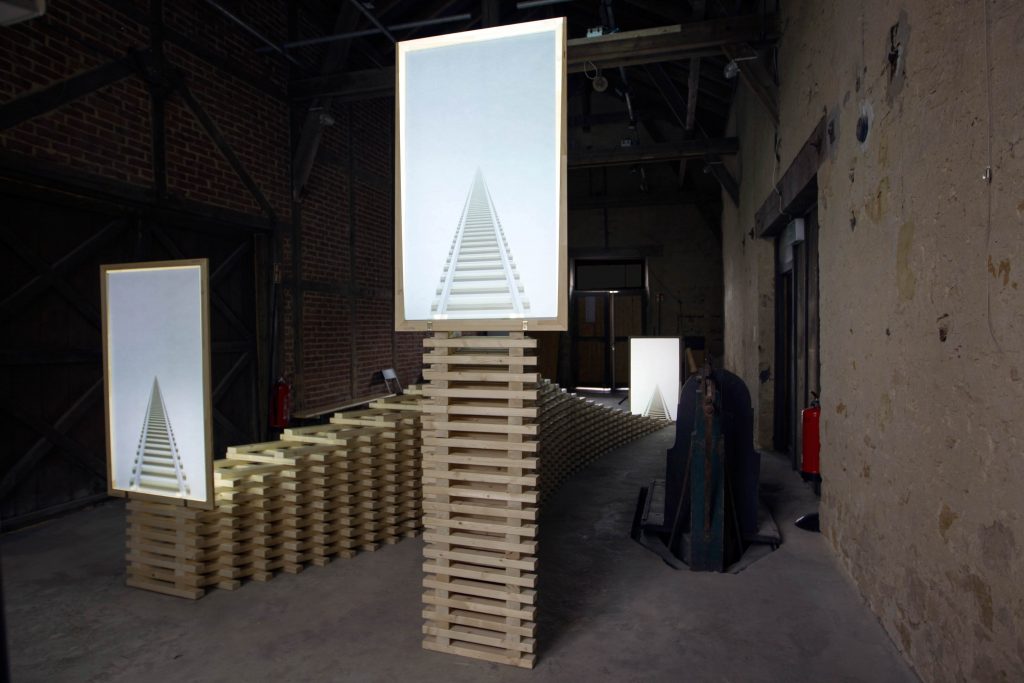 Combining two elements and two media (video projection and sculpture) Karolina Pernar creates with her solo exhibition The Choice a semantically potent, site-specific installation. The displayed wooden construction resembles a railway switch that is expanded in space by three video projections. What these images show are scenes of moving railways, which create an illusion of linear drift into an infinite, vanishing point to be reached and fully comprehended only in imagination. As the gallery is situated nearby a functional railway, the real sound of the passing trains, which occasionally can be heard, enhances the atmosphere and narrative of the installation, blending the realities of the artwork and the external world. One of the potential keys to grasp and comprehend the given constellation is to take into consideration the state of flux, which is presented in an almost tautological manner by the sculpture of the railway, the video and the actual railroad outside the gallery space. In the way it is presented The Choice refers explicitly to the problem of decision making that is best exemplified in the shape of a path that splits into two directions. If we consider and focus on railroad infrastructures being signifiers of transportation and transition, it might be plausible to suggest the idea of displacement and migration. As a spatial metaphor that poignantly delineates the condition of the human subject in precarious times of inequality and sharp social division, the materialized situation of decision making entails an emphasis on migratory movements of displaced persons. It evokes the haunting image of our times: people forced to move from their homes in search for a better and safer life. Concentrating on a dynamic of becoming, the installation, thus, seems to suggest a movement without clear destination, an exposition of the possibility of the human being to move, to be moved and to suffer the consequences of the choice. From a philosophical point of view, the installation triggers a reflection about the existential condition of choosing. Jean Paul-Sartre´s thesis that freedom is a result of certain decisions entails the idea about human beings torn between unforeseeable choices, whose consequences and outcomes the subject can not control. Condemned to be free, the person is destined to become the result of his/her choice. Delivering, staging and spatializing the precise moment of anguish – when we have to make a choice on which road to proceed – Karolina Pernar faces us with the unknown future and radical openness of the human condition.